47: Do I have to be a mother? with Karin Rahbek 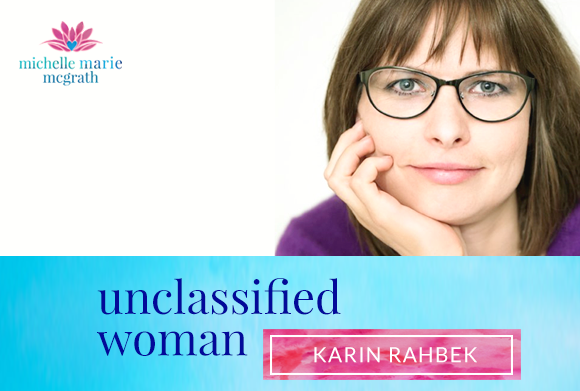 Are you struggling with the decision whether or not to have children?

If you are feeling pressured to make a choice, based on someone else’s feelings, you will benefit from listening to today’s guest, Karin Rahbek, author of “Do I Have To Be A Mother? A Childfree Woman’s Honest and Unspoken Thoughts and Feelings”

Karin’s hope is that this book will help other childfree women to understand and accept their feelings and
be happy in who they are (and not focussed on the mother they could have been). 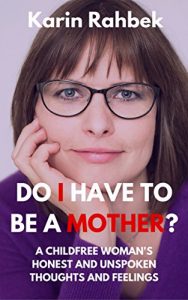 Karin spent several years looking for precisely the book that she ended up writing for herself. The book describes in a potent and personal manner, the thoughts and feelings that are associated with not wanting to have children at all, in a society that views motherhood as the most natural part of being a woman.

It is Karin’s hope that by reading and talking openly about the doubts felt by other women, that women can become more honest with one another. She intends to help make the decision about motherhood less fraught with taboo. Listen in today – this is such an emotive topic!

“You define your own femininity. Feel beautiful and valuable and loved as the woman you are and not the mother you could be.”

Her choice to not have a child, even with the pressure of family and friends, who were all becoming parents.

“The feeling that motherhood is not for me has been with me for as long as I can remember.”

How Karin’s book came out of some deep thinking about motherhood and the different facets involved in making this kind of choice.

“I didn’t know any parents who actually had a life I would want to swap for.” (Very thought-provoking).

There can be great difficulty in making a choice contrary to that of most of the people in your life, with all the pressure that goes with that, to conform.  Karin says: “Yes, it definitely takes courage to choose a life without children.”

Be happy in who you are - not the mother you could have been. #childfree Click To Tweet

Karin discusses how she uses her energy to create in other ways and how important it is to her, to help and give to others.

Find out more about Karin’s work here and grab a copy of her book here.

I do hope you enjoyed this episode. It’s fascinating to hear perspectives from various countries and cultures to understand what the differences AND the similarities are, no matter where you are in the world.

Please share this episode with another woman who would benefit and of course eternal gratitude if you would subscribe and leave a review. Thank you!