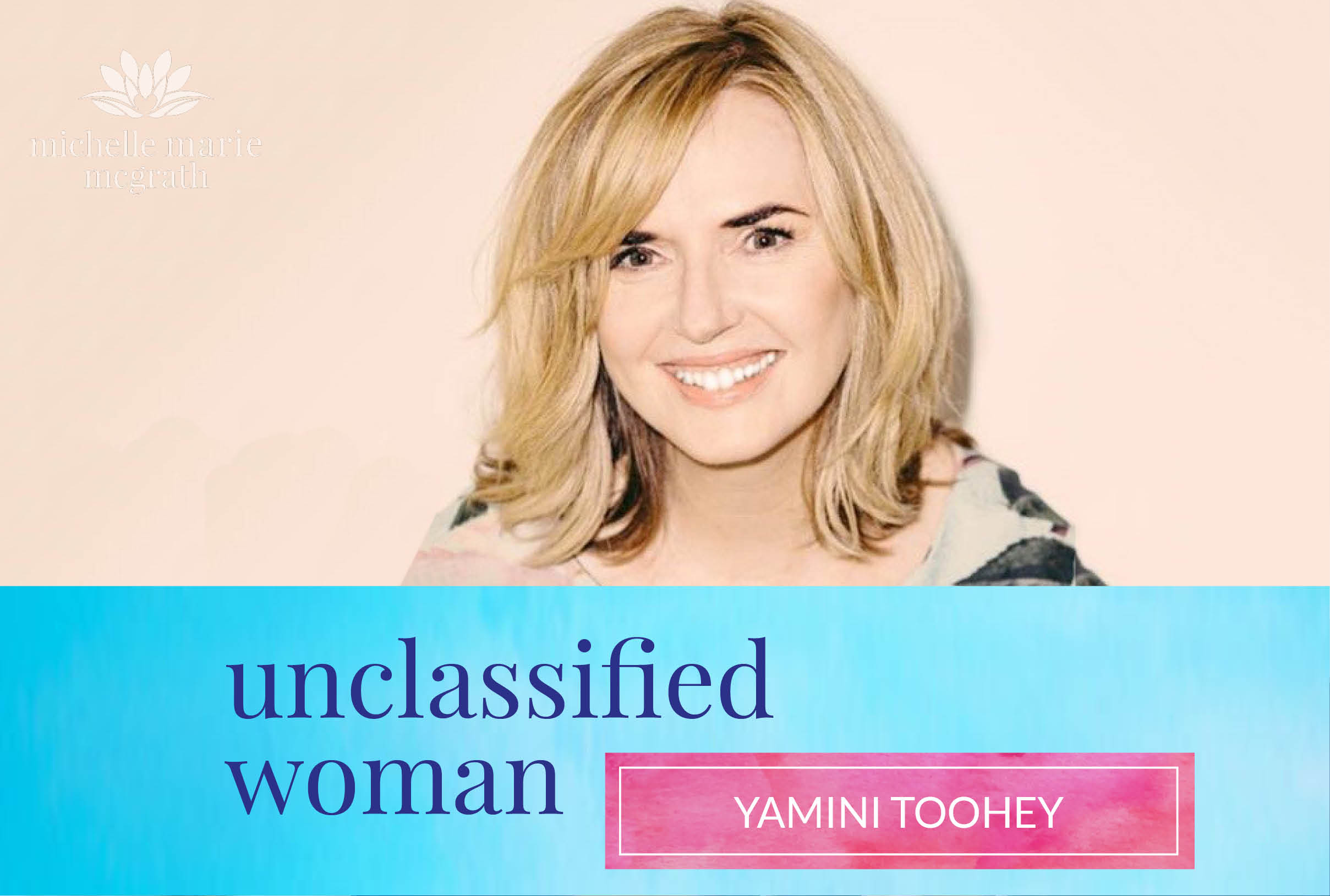 Welcome to another great episode of Unclassified Woman with the fabulous Yamini Toohey.

Do you have regrets about the choices you’ve made regarding having or not having children? Many people make a decision and then wish they had made a different choice, but not my guest today. She made the conscious decision to NOT become a mother and to pursue her own dreams in life.

Yamini Toohey is based in Sydney, Australia, and is an astrologer, educator, entrepreneur, and the founder of Global Woman. One of her favourite things in life is seeing women get energised about stepping into their power, finding a life that’s theirs, and living revolutionary lives. She believes that this time of personal, cultural, and planetary change is the time to bring forth new ways of living, relating, and economy.

Yamini started Global Woman because she wholeheartedly believes that the revolution will be feminist-connected and global. Every day she goes to bat for her Global Woman sisterhood, helping them to call on their intuition and hustle, slashing through obstacles fearlessly, boldly, and powerfully.

Yamini’s soul work champions women to explore, evolve, and embody boldness, fierceness, creativity, power, and ambition, which are universal themes in every woman’s life. I can highly recommend Yamini’s work!

“It took me a long time to love and understand my menstrual cycle and realise that it is a creative act. It helped me be curious about the world and want to create.” Yamini Toohey”

Yamini’s advice to women to find a life that’s theirs: ”Work with your menstrual cycle.” We also discuss what you can do if you are no longer menstruating.

Find about more about Yamini and her work here at her site.

I hope you enjoyed this episode. Please subscribe on Itunes and I would also be so grateful if you would leave us a rating and review.

I also would love to hear in the comments below what you found most helpful about this interview? Thank you.