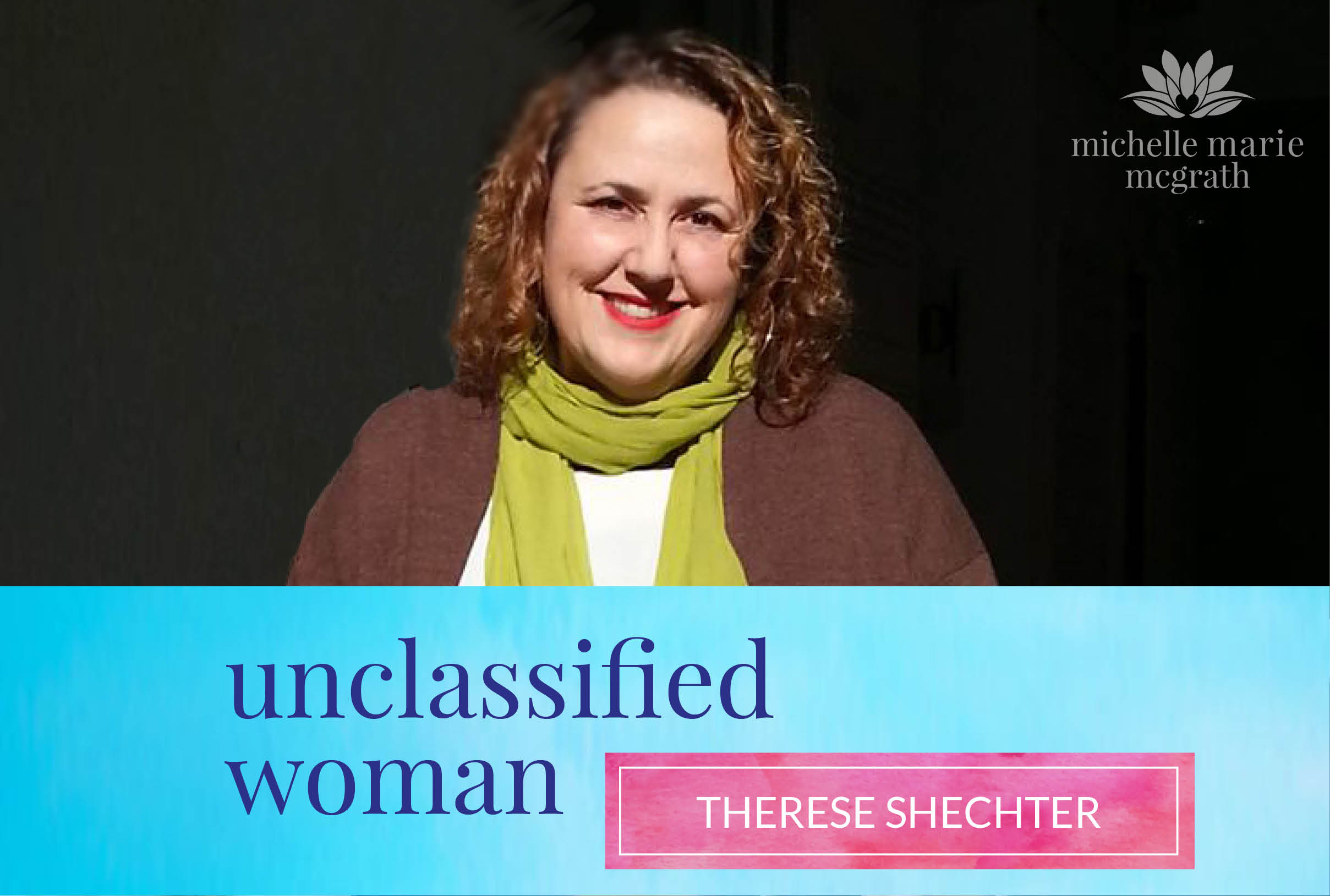 Welcome to Unclassified Woman. Today’s episode is with another wonderful lady, Therese Shechter, whom I could have spoken to all day!

How many people have children because it seems “the thing to do”? Most of us grow up with the pressure to follow what society deems “normal.” My guest today, Therese Shechter, was 40 years old when she realised she could make her own decisions and follow her own path. For her, it was feminism that helped her figure out what she wanted in life.

Therese Shechter is a filmmaker, writer, and multimedia storyteller from Brooklyn, New York.

Her work fuses humour and personal storytelling to disrupt what’s considered most sacred about womanhood. She’s currently writing and directing My So-Called Selfish Life, an in-progress documentary about women who choose not to have children in a culture where motherhood feels mandatory.

Her previous documentaries include How to Lose Your Virginity, about the myth and misogyny around our most precious gift. She also curates the interactive crowd-sourced story collection, The VCard Diaries, which was recently exhibited at the Kinsey Institute. Her films, including the award-winning documentaries, I Was a Teenage Feminist and How I Learned to Speak Turkish, have screened in festivals, college classrooms, and on television from Rio to Seoul to Istanbul.

Therese’s work has been covered in the Atlantic, Salon, Elle, Jezebel, The Guardian, and the Jakarta Globe, amongst others. In her spare time, she co-hosts Downton Gabby, a podcast that discusses media by and about women.

If you enjoyed this episode and would like to help more women access these stories, then please subscribe and leave us a review or rating on Itunes.

I would love to hear in the comments below what you found most helpful about this interview? Thank you.