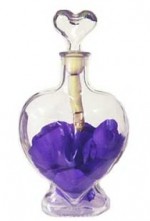 Crazy to think that it’s already December…not sure about you but I’m still in disbelief.  Another year has passed by in a blur…

The Self-love range of 33 Alchemical oils was completed with “Divine Union” I am the One, in January 2012. This feels like YEARS ago….  Feeling a sense of relief after a 9 year process of bringing through this entire range, I had imagined that was the end of that journey.

Er no….I learnt that was the end of the Self-love range but not ‘the end’.  After much resistance to the information I received repeatedly, I flew up to Rainbow Beach in Queensland to create “Completion” (I’m complete, I’m resolved, I’m done) at the beginning of June.  From the day I flew up, I was then rather ill, on and off, for nearly 3 months as I released much of what I was ‘completing’ at a cellular level.

July saw the creation of “Integration” (I integrate what I’ve learnt), which symbolised the grounding and integrating of lessons learnt and behavioural patterns owned and balanced. (Currently unlabelled but still available at $35 per 15ml bottle).

In September, Babylove Alchemical oil was created to my surprise (Divine creativity births through me) and I’m still undergoing a balancing process with this one.  This will be a standalone oil, separate to the Self-love range.  (It is available but is as yet unlabelled at $50 per 30ml bottle).

In the last couple of months I’ve seen another Alchemical oil that is to be created on 12 December 2012.  As you are aware, this year has a particular significance with the Mayan calendar and a huge shift in evolution on our planet, a time for us all to step into more unlimited possibilities for ourselves.  It’s a very exciting and empowering time, if we take the opportunities being presented to us for big change.

The oil that is being created is a part of an “Inspired Action” mini range of 3 Alchemical oils – the first two being “Completion” and “Integration”.  I’ve decided this is also to be my ‘theme’ of 2013, taking inspired action and putting myself outside of my comfort zone. Will you join me?

So what do you feel the third oil in the range may be called? 😉

The first three newsletter subscribers to guess correctly will win a FREE bottle from the first creation batch made.  I’ve only mentioned it to a few people and so if you know, then obviously please don’t guess 😉

Please ensure you are on the enewsletter mailing list if you guess below, to be entered into the competition.

Guess the name below by 10am Tuesday 11th December. Good luck!